The ethics of social marketing 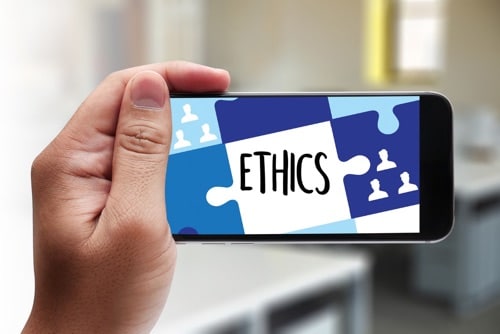 The potential value of data inspired British mathematician and entrepreneur in the field of data science and customer-centric business strategies. Clive Humby to claim “Data is the new oil.” And in the right hands it is.

Because by using data, people can be manipulated. And that constitutes power.
The recent scandal involving arguably the most powerful head of state and the largest social media platform is a perfect example of this.

In what is considered one of the biggest data breaches the world has ever seen, Facebook CEO Mark Zuckerberg had for many years allowed 3rd party apps to harvest its users’ data without their knowledge or consent.

In 2014, researcher Aleksandr Kogan developed a personality quiz app based on something similar created by the psychometrics Centre, a Cambridge University Lab where Kogan had previously worked.

The app, which Kogan had developed for Facebook, quickly went viral with around 270 thousand Facebook users installing it to their profiles.

This is where it gets interesting.

Kogan’s app not only gave him access to its user’s profiles but also the data of each user’s Facebook friend, allowing him access to around 50 million profiles.

Instead of deleting this information as per protocol, Kogan stored it in a private database and later sold it to Cambridge Analytica (CA), a British political firm working alongside Donald Trump’s election team.

From there, Cambridge Analytica used the data of these unsuspecting Facebook users to create 30 million “psychographic” voter profiles.

How do we know all this?

In 2018, whistle-blower, Christopher Wylie, came forward with these allegations and exposed the alleged scandal to the world. Both Facebook and Cambridge Analytica denied any wrongdoing, but Facebook still lost an estimated 50 billion dollars in market value due to Zuckerberg’s involvement.

In March 2018, UK Committee approached Zuckerberg and asked him to testify. He did and in 2019, filmmakers Jehane Noujaim and Karim Amer produced and directed “The Great Hack”, a documentary focusing on the Facebook–Cambridge Analytica data scandal.

Trump is a wildly successful businessman, so it’s not surprising that he went the marketing route to win the elections.

Trump created not one, but two brands. One for himself and one for the competition. He then used social marketing tactics to portray his ‘brand’ as being superior to the competition. He painted each of his opponents in a negative light by giving each a condescending nickname such as “Crooked Hillary” (Hillary Clinton), “Little Marco” (Marco Rubio), and “Crazy Bernie” (Bernie Sanders). The goal was allegedly to negatively influence the voter’s opinion of his opponents

This might make you wonder what marketing has to do with politics. Marketers also use cookies and various analytical tools to track and gather data on consumer behaviour and preferences. This data is then used to create personas of their ideal customer and to create personalised messages to these prospects. Sound familiar?

This data is also used more subliminally to influence consumer opinion using a strategy known as social marketing. Social marketing (also known as behaviour change marketing) is a marketing tactic designed to prompt social change, rather than benefit a business directly. It’s most commonly used in the health, safety and environmental sectors to encourage people to change their (usually malicious) behaviour.

In short, instead of promoting a product, social marketing “sells” a behaviour in order to get the desired results. Instead of showing why a product is better than the competitor’s, social marketing takes a psychological approach by competing against undesirable thoughts, behaviours and actions or associating the product with positive, desirable behaviours or lifestyles

The Bottom Line – is it ethical?

In the Facebook Cambridge Analytical Scandal, personal data was allegedly used to create voter personas and influence voter behaviour. Marketers use data to create buyer personas and use this to influence consumer behaviour. So is there a difference, and is it ethical? To try and answer this we need to look at two factors – intent and transparency.

In the case of the voting scandal the data there are major questions around how the data was gathered, firstly many people were not aware their data was being recorded and almost certainly none of them knew their data was sold to Cambridge Analytical to be used for political campaigning. Add to that the argument that by creating over 30 million psychographic voter profiles they were able to manipulate voters by building a campaign on perception rather than facts. And finally there is a big difference between influencing a person on which washing powder to buy and who will be your next president. All of these factors bring intent and transparency of the Trump social media presidential campaign into question.

While there are obvious benefits for marketers using data to create consumer personas and developing personalised marketing communications, in order to remain ethical the intent should be to create a better experience for the consumer rather than to manipulate them into making a purchase they normally would not. Also the data should be gathered in a transparent way and be given voluntarily. It should be noted that by far the majority of marketers support the ethical use of data and understand that the downside of being accused of unethical marketing far outweighs any advantages they could bring.

At the IMM graduate school we believe that ethical marketing is beneficial to both the consumer and the marketer and aids in building strong customer relationships based on trust and as such we instil ethics as a theme in all our programs and courses. To find the right learning option for you browse our many options on our website.