6 of the Most Profitable Small Businesses in South Africa 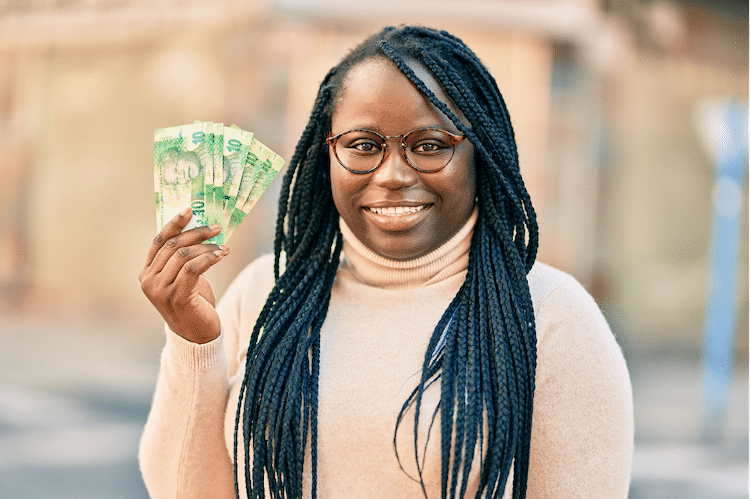 Zero to 100 million in only a few years: We take a look at South Africa’s start-ups that have grown from fledglings to million rand businesses.

When Grant Rushmere first envisioned Bos Ice Tea, he did it through the lens of creating a global brand. This wasn’t going to be a small local brand that would grow organically, and maybe enter international markets in the distant future. No. This was a brand engineered for stratospheric growth, which required a ballsy optimism and willingness to go big or go home.

“From the beginning we jumped in with both feet. We approached retailers and secured contracts that we knew we wouldn’t be able to sustain down the line if we didn’t get funders on board, but it was a calculated risk that we were willing to take.”

“I had developed the idea, brand and product, but I didn’t want to be a lone ranger,” says Rushmere. “I was looking for a partner who would co-invest in the business and bring skills to the company. Richard was ideal. He loved rooibos and actually produced it, and he is excellent with contracts and HR matters. Where I think a handshake will suffice, he puts a contract in place that protects everyone’s interests. Together we had the skills this business needed.”

Gutsy moves and calculated risks aside, the success of Bos Brands is a lesson in the power of marketing. In their first year, Rushmere and Bowsher spent as much on marketing as their turnover. As their revenue has increased, they haven’t pulled back on marketing spend — they’ve grown it. Rushmere is a firm believer that you get what you pay for, and what he’s been aiming for since the inception of the brand is no-holds-barred growth.

Today Iced Tea has grown from zero to R100 million in under ten years.

It hasn’t been easy. R6 million in seed capital quickly turned into R30 000 after some early – and very costly – mistakes.

But they persevered, and today Hello Group is changing lives at the base of the income pyramid, and the founders are having the time of their lives doing it.

So how are the Khamissa brothers doing it? The base of the pyramid is a huge potential market, but the economics of tapping into it are tricky. You need a price point that’s accessible for low income earners, but still turns a profit for the business. It’s all about low margins and high volumes.

The solution wasn’t immediate. It took time, a lot of hard work, and some tough lessons. Emblazoned on a wall at Hello Group’s offices is the Eric Reis quote:

“The only way to win is to learn faster than anyone else.” And that’s exactly what they’ve done.

Within as little as five years, Hello Group saw a staggering 720% growth.

Sorbet receives 40 franchise applications per week. Demand is so high that new locations are the biggest challenge for the ten-year-old business. To cope with the ever-growing interest in the brand, from both consumers and prospective franchisees, new concepts have been launched, like Candi & Co, Sorbet Man, and Sorbet Dry Bars. It’s hard to imagine that just a few short years ago, Ian Fuhr and his business partner, Rudi Rudolph were unable to sell a single franchise.

“We call them the ‘dark days’,” says Fuhr, referring to the first four years of the business, when several attempts at franchising failed. “It forced us to continue to open company stores while we built that most elusive of traits: credibility.”

Both Fuhr and Rudolph were seasoned businessmen, and Fuhr had a number of successful businesses under his belt, most recently in retail. He certainly wasn’t new to entrepreneurship. He was new to the beauty industry though, and to franchising in particular.

“In hindsight, our slow start was the best thing that could have happened to us. It gave us time to build the credibility we needed to make the franchise model work, and to get the franchise portion of the business right.”

As a Sorbet employee, if you serve customers well and give excellent service, they’ll come back, and they do. There are only so many hours in a day, so what you really want is a fully-booked store.

This means everyone isn’t working to build personal relationships with clients, but rather an attachment to the brand itself, so that all stores are full, at all times.”

Today, Sorbet is a flourishing franchise with a R500 million annual turnover.

Some of the biggest names in today’s business landscape were launched out of desperation, or simply because the founder wanted the service for themselves. Über is the product of its founders wanting to be able to get from here to there simply and cheaply, at the push of a button.

Closer to home, the founders of South Africa’s largest agency group, The Creative Counsel, were looking for anything to do that meant running their own business and not working for a boss.

And then there are those who are dragged, kicking and screaming, into business ownership. That’s the story of Paul Simon, who at the age of 21 launched Young Designers Emporium because he was scared his father was finally about to kick him out of the house once and for all.

The leanest of lean start-ups, Simon sold YDE to the Truworths Group, ten years later in 2005. The purchasing price is undisclosed, but at the time turnover was a tidy R160 million, and the business was on a nice growth curve. Not bad for a kid voted ‘least likely to succeed’ in high school.

“For a long time, I thought coming up with a good idea was the hard part. Turns out, it’s the actually building a business part that’s tough, and for me it started with finding premises.

“Everyone said no until someone said yes. Here’s the thing – you only need one person to say yes.

100% year-on-year growth. That’s what brothers Sam and Rob Paddock have been achieving with their online education business, GetSmarter.

A few setbacks aside though, GetSmarter isn’t just a highly successful business, it’s been instrumental in shaping the online education landscape in South Africa. Sam and Rob might not have made all of their ideas work over the years, but their really big idea has been masterful, both in conception, and execution.

“I think it’s natural for success to lead to some arrogance, but while confidence can be channelled into taking calculated risks to build something great, hubris will often just make you fall flat on your face.

If you want to really build something amazing, focus on what you know, and do that really, really well.”

Big Blue is arguably South Africa’s most distinctive and unique retailer. It’s also one of the country’s largest T-shirt retailers, which is even more impressive when you consider that Philip Cronje and James Robertson have chosen to work predominantly with local designers and manufacturers instead of importing cheaper fabrics.

While helping to create jobs locally, they also remain environmentally and socially conscious, opting to use locally milled and recycled fabrics, and actively supporting craft groups like the Hillcrest Aids Project, Diepsloot Crafters and Topsi Foundation.

They’re lofty goals, but is there a strong business case for staying local as well? Cronje and Robertson firmly believe there is. The brand isn’t just different for the sake of being different. Big Blue’s list of achievements is extensive.

“Try stuff and if it works, keep on doing it; if it doesn’t, stop,” recommends Robertson.

Many studies have shown that Robertson holds very similar beliefs to most very successful entrepreneurs. They are sceptical of predictive information, which means they don’t decide upfront if an idea will work or not. Instead, they run small experiments, not risking too much, but getting some initial data to decide whether to invest more fully in a strategy or not.

6 of the Most Profitable Small Businesses in South Africa <https://www.entrepreneur.com/article/327429> [accessed 25 November 2020]