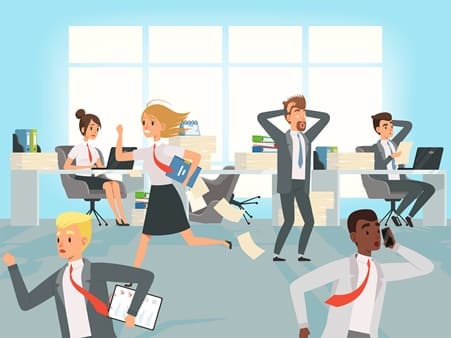 It’s high time to revise the tried-and-tested, three-pronged approach to succinct communications to include a fourth message: the inevitability of the sh*t hitting the fan. Crisis comms expert Janine Lazarus rolls out the strategy.

During workshops on key message development, I always beat on about only having three key messages at hand to carry you through any form of communication – particularly when it means having to convey something unpalatable. Anything more than that tends to get lost in the bubbling maelstrom of information we have to wade through each day.

Think of it, I tell my delegates, as the three key messages we arrive unceremoniously into, in this rather complex world of ours: we are born, we pay taxes, and then we die. They generally titter a tad uncomfortably but seem to latch onto the general idea. The more economical and efficient your message, the less likely you are to land knee-deep in the brown stuff, trying to fruitlessly explain how you didn’t mean for your message to be misconstrued.

However, it’s high time to revise this tried-and-tested, three-pronged approach to succinct communication to include a fourth message: the inevitability of the sh*t hitting the fan. I mean let’s face it: I don’t know of anyone who hasn’t gone through a crisis at some point in their lives.

In fact, if this special soul exists somewhere on the planet, someone should summon the media forthwith!

Crises are a dime a dozen. Open a newspaper (do people still read these things…?), hop online, or tune in to your favourite radio station or television channel, and there will be some sort of investigation, commission of inquiry, think tank – take your pick.

State capture is still leading the race, as is wholescale corruption. Vote rigging will inevitably be next, along with the plunging share price, the brutality of yet another sexual assault, or news of the latest in a series of self-made clerics living the life of Riley while their doting followers are forced to munch on the lawn.

And that’s just the first three pages of today’s weekend newspaper (because, yes – I still read them).

The hand grenade of social media

Toss the hand grenade of social media into the mix, and the inevitable sh*tstorm morphs into a veritable tornado, bringing down corporate reputations and more often than not, ending careers. It’s almost impossible to recover when the madness of instant messaging kicks into gear.

I’ve decided purposefully to keep away from politics as we could be here for ages, and instead focus on a few well-known brands that have landed themselves in hot water. Take Woolworths – or as coined by social media: Woolworse.

Hot on the heels of engaging international experts in the aftermath of the furore around the retail giant’s appropriation of the style and ethos of the Frankies retro drinks brand, it found itself again in the unflattering spotlight of the media after being accused of stealing a private designer’s hummingbird design for scatter cushions.

Then a locally produced baby carrier design made for the third allegation that the company makes it a habit of stealing intellectual property. This time, in the face of huge public embarrassment, Woolworths found itself apologetically begging and scraping at the feet of Cape Town-based independent designer Shannon MacLaughlin.

The result: the immediate withdrawal from sale of its supposedly in-house product (read: made in China) that was remarkably similar to the entrepreneur’s baby carrier design.

I found the ‘unreserved’ apology for what the retailer described as a “failure of internal processes” pathetic, to say the least.

Also in poor taste – pun intended – was retail giant Coca-Cola having to slam the brakes on its nationwide Share a Coke activation as a result of one of its cans going out with the Xitsonga word Xitombo (vagina) printed on it. What delicious fodder for social media!

The incident rightfully so offended the Tsonga community and the public at large, that it actually made a mockery of the original spirit of the Coca-Cola campaign, which was about inclusivity, respecting diversity and understanding. Yeah, right.

While on the subject of inclusivity, pen manufacturer Bic had to hastily pull a South African Women’s Day advert that was branded sexist and offensive to women.

It’s not an easy task to think of a household brand that has escaped unscathed from the fiasco of instant messaging. Wait… there is one.

Managing director Ryan Bacher wasted no time in posting an apology on the same social media platform his brand was lambasted on. He said a combination of load shedding and rain in Gauteng created “the perfect storm”. (I wonder who wrote his copy…?).

But he went a step further. “We should have prepared better for this, we didn’t and we let our customers down.” Bacher then said that the brand would do “whatever we need to make this right”.

Full marks for the quick sticks apology? Definitely not, according to NetFlorist customer, Angelique McKenzie. “I ordered a Valentine’s gift for my mother for whom this was the first Valentine’s Day without my father who passed away in December.

“You have not delivered it.”

There really is no magic bullet to enable you to neatly sidestep a crisis and move on with your life. (If I had invented one, I’d be lying on one of five glorious islands I own sipping on my umpteenth chilled margarita of the afternoon).

But there is a tried-and-tested methodology to mitigate the impact of the crisis, which should leave you with something of an intact reputation.

Before you even pause to think about throwing an evasive “no comment” or “I’m not at liberty to speak” type of statement, understand that making no comment is louder than any comment you will ever make. Ducking and diving is simply not the way to go. It’s career suicide.

Step 1: Connect with the issue

Yes, really connect. No stiff upper lip. We are not a British colony. Show empathy and connect with the issue. Those who it impacts are human beings. However, once you’ve connected, move right along. You don’t want the negative message to resonate any more than necessary with your audience.

Step 2: Throw back to a previous positive track record. (You do have one, right…?)

Perhaps this has never happened in all your years in business. It’s a freak accident, a once off.

Step 3: Move forward. Make it crystal clear what you are going to do about it. I’m talking specifics. Refrain from talking about putting measures in place, unless you are a tailor.

Why must service providers and buyers be able to negotiate? 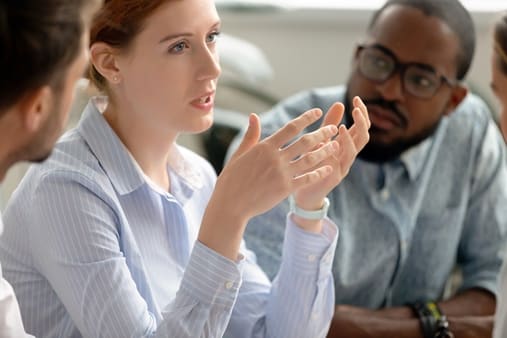 Service providers/suppliers must understand their customers, their customers’ procurement management, and negotiation! The main goal of the logistics services and procurement function is to ensure the provision of these services as required! In general, services and products that are purchased or ordered and obtained, for external and internal customers respectively, should comply with the quality requirements. The internal customers are other functions such as the finance department, human resource department in the organisation that the purchasers purchase products or services for. It is important to realise that no matter who the customers are (whether external or internal) that the purchaser should always ensure that the correct levels of quality products or services are purchased according the customers’ requirement. Once again, the task of supply management with regard to supplier quality, is increasingly related to the important aspect of the relationships with suppliers, and particularly the quality dimension of this relationship! Negotiation in this aspect of supply management can be critical. Understanding negotiation in purchasing transactions and the negotiation process itself, along with tactics used in negotiation, negotiation strategies, and circumstances, are critical.

Overall the market for and procurement of services, for example logistics, will continue to grow, with the parties’ expectations of each other rising. These expectations and the fulfilment thereof enhance the importance of negotiation. Negotiation however is not restricted to one specific field, industry or service/goods provider or buyer.

Negotiation is a process whereby two (or more) parties with common and, at times, conflicting interests strive to reach mutual agreement on specific contractual terms by making constructive proposals through face-to-face or electronic means of communication, resulting in mutual satisfaction and paving the way for future relationships and agreements. Furthermore, negotiation strategies (or styles) can be divided into constructive and competitive negotiation. (Badenhorst-Weiss et al. 2018).

Effective negotiators recognise that very few negotiations are conducted in a purely win-win or win-lose context. Moving towards win-win negotiations means that the negotiator must be willing to use a blend of win-win and win-lose strategies. Overall planning should consider the relative emphasis on win-win and win-lose strategies throughout negotiations. (IMM SCM303, 2018). Applicable to both buyer and provider, are the following examples of the circumstances under which negotiations should take place: Cost-effectiveness, competition in the marketplace, technology, quantities, risk, alliances and long-term agreements, normal relationships with suppliers, changes in specifications, post-tender negotiations, and management approach to supply. In fact, subjects for negotiation in purchasing and supply management are almost inexhaustible. (Badenhorst-Weiss et al. 2018)

Negotiation also has a ripple effect in the sense that it can spark other negotiations on matters arising from the decision or influence further negotiations. The negotiation process also involves the management of time, information and power between individuals and organisations that are interdependent and consists of various phases and elements. Negotiation tactics are short-term plans and actions employed to execute a strategy, cause a conscious change in a counterpart’s position or influence others to achieve one’s negotiating objectives. The use of tactics at the right time can lead to a better result for negotiators or rescue them from a difficult situation. The purchaser and supplier should keep abreast of different tactics and be alert to their application by the other party. (Badenhorst-Weiss et al. 2018).

Negotiation is thus a technique that service providers and purchasing and supply management can use most successfully, not only to determine purchasing prices, but also for a variety of other considerations with regard to the supply of services or products.

Many an outsourcing arrangement between a buyer and a service provider/supplier could even be enhanced by taking note of the above points prior to or during the outsourcing process.!