Digital vs traditional marketing – how has it been influenced by COVID-19?

The debate of whether digital or traditional marketing is most valuable or otherwise more effective is an endless one. However, since the Covid-19 pandemic first hit, the shift towards digital has been exponential as traditional channels for advertising have come under pressure, become a lot more expensive and in some cases, obsolete.

As consumers have had to adjust their lifestyle habits during this time, their media habits have also changed; creating very real consequences for the ‘traditional’ media industry and new, accelerated opportunities for its ‘digital’ counterparts.

When we refer to ‘traditional marketing’, we are including any form of marketing that does not involve the Internet or digital technology. 99Designs passionately describes “The immersive experience of an impactful TV commercial and the tactile nature of a copy of Rolling Stone magazine are as important today as they were 20 years ago because of their lasting effects on your memory. Subconsciously you attach yourself to their brand emotionally, meaning they will stay at the top of your mind.”

Traditional media are just that – tactile and they exist in real time, physically. There are five main categories in this classification:

Digital marketing depends on the internet and the platforms it offers for a company to have a presence on it. It includes some of the following types of marketing strategies: 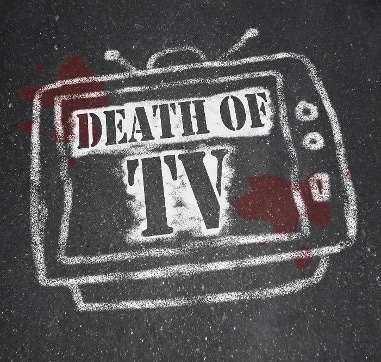 There are many different views on whether or not traditional media or marketing is dying or not. Those that say no are usually the bigger businesses with massive budgets that continue to plough their money into television, radio and other printed forms of advertising.

The trouble with these forms of media is that they do not appear on a person’s smartphone or tablet. With the whole world looking down these days to the lit-up screen in the palm of their hand, who’s to say they will see your billboard or poster, let alone read a newspaper or magazine? Even if they were to be interested in what you have to say, the effort of going into a physical store or having to memorise the dates and times of your event is just too much when compared to it’s ‘click and buy’ from your smartphone alternatives.

COVID-19 has pushed the consumer to digital channels

Let’s review what has been happening in each on the traditional marketing media industries in South Africa recently:

In July last year (2020), as COVID-19 swept through the country and lockdowns started to roll-out over extended periods, Media24 announced the closure of many of their magazine and newspaper titles. CEO, Ishmet Davidson stated “the pandemic has accelerated the pre-existing and long-term structural decline in print media, resulting in a devastating impact on our own already fragile print media operations with significant declines in both circulation and advertising since April.” Ishmet also stated that Media24 is reshaping to further accelerate its transition to an increasingly digital world.

Magazine and newspaper titles were impacted as follows:

As we move to the big screen, we see a similar picture emerging where Cinema chains like Ster-Kinekor, Nu Metro, Cine Centre as well as other independent cinemas had to close completely for lockdown against an already dwindling attendance backdrop. The lockdown also led to record highs of streaming, with Netflix for example earning around 16 million new customers over the quarantine period. People love to be entertained, and will continue to watch movies, but perhaps they have found a cheaper, more convenient way to get their fix.

Not everyone is on Netflix or another alternative streaming channel. According to the Advertising Media Forum (AMF), time spent viewing TV during lock down almost doubled. However, ad spend declined by 27% between March and April last year. This happened as a result of advertisers’ cash flow drying up due to their supply and demand slowing down. So, with a reduction in ad spend and resulting financial strain, we may see further changes in the television broadcasting industry in months to come. According to the Daily Maverick (Jan 2021), the SABC is already struggling and is owed R57.1-million in unpaid television licences and advertising fees by government departments, municipalities and state-owned entities (SOEs): R29.2-million was owed in advertising sales, with R4.5-million owed by SOEs, R9.2-million owed by provincial departments, R13.1-million by national departments and R2.3-million by municipalities.

While not as a direct result of COVID-19, in January this year MyBroadband reported “The South African Post Office (SAPO) is on the brink of collapse and is facing bankruptcy despite receiving R8 billion in bailouts since 2014.” It also reported that “Notices on the doors of some SA Post Office branches now state “Closed until further notice” without a clear indication of where people can now get services from.”

This is not good news for direct marketing companies or businesses that rely on post as a channel for marketing and has forced them to move their efforts to email. Findings from Statista indicate that there are nearly four billion email users in the world. Campaign Monitor research reported that 72% of people would rather receive marketing materials from brands through their email.

Out Of Home (OOH)

Out-of-home (OOH) advertising was one of the worst hit by the pandemic as lockdowns sent people home, away from their offices and CBDs and prevented them from being able to commute or travel nationally and internationally. This has dramatically reduced the amount of people exposed to billboards. This channel is expected to return, but who knows when and how long it will take to return to previous revenue levels as its share of the marketing budget may have already been ‘lost’ to other digital platforms like Google display or social media ads?

The benefits of digital media

Social Media and digital marketing have made customer engagement and personalisation so efficient. The benefit of digital marketing from the perspective of advertisers is that it’s so much cheaper for wider reach, than the cost it would be to use a traditional platform for less reach. Other benefits listed by LeGusTry are that digital marketing offers the highest return on ad spend investment, higher exposure to new clientele and higher engagement rates. 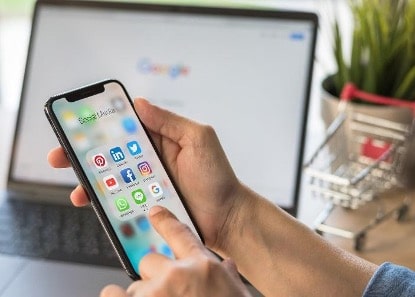 This also evens the playing field somewhat in that smaller businesses are now able to compete with bigger corporates in the same markets. Where before, spending thousands of Rands on television and radio adverts were simply not an option.

Unlike traditional media is can be said that digital marketing uses every touch point of your daily use of the internet to reach you.

Marketing is an ever changing industry and marketers are constantly being pushed to new levels to improve sales and drive traffic to their products and services. With the advent of Social Media, the need for traditional marketing techniques has shown a steady decline as more and more consumers have moved away from traditional TV, radio and print media, to news and entertainment via the internet on their mobile devices.

With the unique circumstances COVID-19 is presenting, the demand for traditional advertising channels along with locked down audiences has dwindled. During this time, companies have heavily relied on Digital Marketing strategies to stay relevant and drive sales. The shift to digital does not start or end with the pandemic, but a global lockdown definitely showed the power of social media in the absence of physical movement and real-time, real-life forms of media like billboards and newspapers. The question is whether or not this trend will reverse when COVID-19 is finally a thing of the past.