Veldskoen: Stepping out of the comfort zone 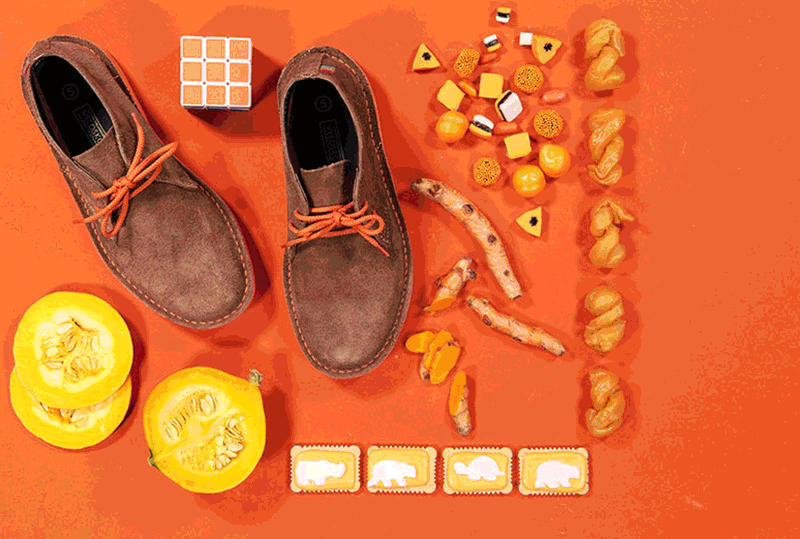 Influencer marketing is on the rise – even in South Africa – but there can be no greater endorsement of a product than having one of the world’s favourite royals stepping out in it. Lucinda Jordaan tracks the Veldskoen story.

If ever there was a case for celebrity endorsement, Veldskoen has it. The innovative start-up, founded in South Africa in 2017, had steadily been making inroads into the UK market when they got a call from one of the country’s largest newspapers, The Times, this past February.

“The editor had spotted Prince Harry in a pair of veldskoene and wanted to know if we had a picture they could use,” explains co-founder and chief marketing officer, Nic Latouf. The company had sent a pair to the Duke and Duchess of Sussex shortly after their wedding, but had no proof they had liked, or even worn them. Until The Times ran a story on the veldskoen, and the Prince’s long-time love for the shoes.

“On the Saturday morning the first story got published, we had a sale every 15 minutes. It continued throughout the day into most of Sunday, and just continued,” Latouf recalls. The following Saturday the paper printed another small story on the shoes, next to a pic of footballer, Steven Gerrard – “and every 10 minutes we had a sale; even our shoes on Amazon did well, as well as another UK site (Kendrick Imports) that stocks them too,” adds Latouf.

The timing couldn’t have been  better: Veldskoen is one of the youngest companies manufacturing the iconic South African shoe – but had just kicked off with a complete reinvention of the popular handcrafted footwear, and a digital campaign aligned with an online savvy, e-commerce oriented audience.

They’re intent on taking it global, and were advancing into the European, Australian and US markets when The Times’ article ran. But none of their research prepared the company for how these various markets align.

“They all require a completely different mindset and strategy,” notes Latouf. “For example, we understand the impact of influencer marketing, and how powerfully it can be leveraged. But in the UK we struggled with the same strategy we had been using in South Africa, which was Facebook and ads. Yet a small article gets printed in the UK and people go crazy.”

The company had a similar experience in Italy, where they had been advised to stay away. “We were told that Italians buy one very expensive pair of shoes that last a lifetime. Yet somehow, a journalist found the story and wrote about it – and then, every hour in Italy, somebody would buy a pair.”

Latouf’s conclusion? “Influencer marketing is huge in the UK and Europe; magazines are dedicated to influencers, bloggers, creatives, and readers who trust the printed word.”

History in the making

The history of the shoe also makes for a great story and, says Latouf, was the thrust of their campaign from the get-go. “We see ourselves as storytellers first – and that’s the secret, that’s why we did well from day one. Obviously, the product itself is great, and that in itself is a great story. Everybody sees it differently; some see it as the farmer’s shoe, for instance – yet we all have a connection to it from a different lens. We’ve just reimagined it and brought it into its current form. It’s an everyman shoe, not just for a specific person – it really is for everybody.”

Modelled on Khoisan footwear and first manufactured by the Dutch East India Company in the 17th century, the veldskoen is a South African stalwart – one that has never been out of production. Made by small and large producers throughout the country – and in a few neighbouring states – the sturdy, handmade, rubber-soled, leather shoe has, over the years, gained visibility in various countries, and in various guises.

In Jamaica, where it gained fame as the Clarkes Desert Boot, the veldskoen is regarded as the national shoe: it has been featured in US Vogue and was showcased at the 2013 Design Indaba. It’s also the premium product of one of the oldest working shoe factories in South Africa, the Wupperthal factory in the Cederberg, which was established by Rhenish missionaries back in 1834.

Fast forward to the 21st century, and Veldskoen has just announced its launch in the US, backed by investor Mark Cuban and his partners Angela and Steve Watts, who all appeared on Shark Tank together.

Fast, bold moves for a company that originated from a conversation on truly South African brands, and boasts of a philosophy centred on style, optimism and migration.

“It all started during the 2016 Olympics, when the South African team walked out of the tunnel to take part in the nation’s parade,” recalls Latouf. “They looked terrible, and (founders) Nick (Dreyer) and Ross (Zondagh) got into a debate about whether we have anything truly South African that they could have been dressed in. The veldskoen came up and with it, the idea that it was boring. The idea evolved into how to make it not boring anymore, with a story about how someone in New York had converted a work shoe by adding a Nike sole, and had then run the Boston Marathon in it.” This, explains Latouf, was the “real early thinking about the brand”.

By April 2018, when Brian Joffe’s venture capital firm, Long4Life, came on board and bought into 49% of the company, Veldskoen had already gained a foothold in the South African market, and was preparing its UK launch.

“One of the things that excites me is how diverse our customer base is,” notes Latouf. “I’ve sat on our WhatsApp line with domestic workers who have never bought online, and didn’t understand e-commerce; I’ve taken them through the process via WhatsApp, and there’s a thrill in knowing that their first online purchase was a pair of Veldskoen.”

We have a very specific lens through which we look at digital and online, and a very specific way that we interpret it, which is probably different to what other people are looking at. There’s a lot happening online, and some of the things we’d suggest are:

We look at Instagram differently to everyone else. There’s a lot of hidden functionality within this platform to enable you to engage your customer in very smart ways. For instance, you’re able to look at different locations, or hashtags. Because we’re very excited to tap into the tourist market, one of the things we do is look at locations, and who’s taking pictures where, on a daily basis. And we keep an eye on that in real time. So, for example, if somebody is taking pics of themselves on Lion’s Head or at the V&A Waterfront, nine times out of 10, they’re probably going to be a tourist. Within minutes of seeing that picture, we DM them, and just start a conversation. We welcome them to the country, find out how much they’re enjoying it, and build a bit of a relationship.

Then we invite them to our showroom and tell them of our shoes and the history of them – and we do very well in selling our shoes to tourists in that way.