Marketers must live their brand positioning 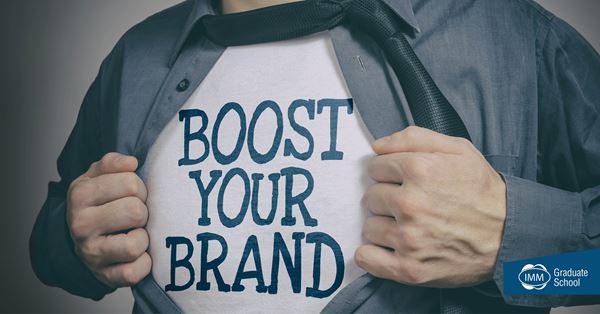 As South Africa’s traditional ‘big four’ banks struggle to meet the challenges being posed by multiple disruptors – ranging from upstart Capitec to the digital-only branchless offering of TymeDigital and the impending launch of Discovery Bank – there is one key strategy that the bank’s marketing teams should follow. They need to live their brand positioning.

Khensani Nobanda, Group Executive: Marketing and Corporate Affairs at Nedbank, believes that the biggest reason banks tend be mistrusted and poorly perceived by consumers is the gap between what they promise and what they deliver.

“The problem is that the things we promise [as an industry] … this beautiful, creative advertising … are not always delivered on,” she says. “We work on a great proposition, but then we change this and change that to get it almost to the lowest common denominator because we’re trying to manage our margins. There is a gap between expectation and reality. The minute we close that gap, the banking industry will be in a much better place.”

A career marketer with experience in sectors such as alcoholic beverages, tea, skin care and telecoms, 39-year-old Nobanda made her first foray into banking in September last year when she joined Nedbank as Executive Head of Group Marketing. Barely eight months later she was promoted to her current role, which also includes responsibility for transformation and corporate affairs.

Although a relative newcomer to the banking space, she clearly has strong opinions about the way that the traditional big players – FNB, Absa, Standard and Nedbank – operate, market themselves and interact with customers.

“Sometimes in banks we end up being driven by the numbers. It’s important, but at the heart of it we should think about why we do what we do. Whatever your positioning is, you have to live it. It applies to Absa with its new ‘Africanacity’ positioning and it applies to Nedbank and everyone else too,” she states.

Nedbank’s positioning of ‘See money differently’ was unveiled in early 2017 and Nobanda believes that it’s a brand journey which is still very much a work in progress. “Many people feel that money is the root of all evil and that they can’t manage their money. But, fundamentally, money well managed can make a real impact on lives. We are trying to say to consumers that at Nedbank we will help you to achieve that.

“That’s our proposition. But to be honest we’re not living it at the moment in the way we should. We have to challenge ourselves about what it is that we’re offering people to help them see money differently.”

Nobanda views her role as helping the organisation to live its purpose and wants to be seen as the “soul and anchor” of what Nedbank is as a business and a brand. She explains that there’s a massive culture change, and innovation drive underway within the organisation. How those dots are connected, and relevant ideas implemented will determine how well the brand proposition is understood and accepted by the market.

She declines to be drawn on the merits of Absa’s Africanacity positioning, but describes it as a “bold” thought.  “As marketeers in South Africa we are not being bold enough. We need to have more impact. There’s also a lack of depth and substance. I believe we have lost depth over the past few years.”

Apart from the seeming inability to walk the walk when it comes to living their brands, the big banks are facing other challenges too. These include a lack of agility due to their sheer size, plus a cost structure which Nobanda describes as “sometimes prohibitive”. The cost-to-income ratio for both Nedbank and Standard Bank, for example, are above 60%. By comparison, the figure for challenger brand Capitec is below 50%.

But there are opportunities too. At the lower end of the market, where consumers are unbanked or tend to use only the most basic of banking services, Nedbank has recently launched its MobiMoney product.

“In under a minute you can open a bank account on your cell phone and your cell phone number becomes your bank account number,” Nobanda enthuses.  “We have looked at how people at this level of the market want to use a bank account – it’s to buy data, pay electricity, transfer money etc. So, it’s a very simple and basic account. We see this as a big opportunity to get new people into the Nedbank brand and we hope that, as their situation improves, they will stay with the bank and use other, more traditional, banking products.”

Digital media is also an exploitable opportunity. While digital is enabling the disruptors of the banking status quo, it is simultaneously creating new ways for the likes of Nedbank to engage with consumers.

“Currently our ratio of paid media to earned and owned media is 80% paid, 10-15% earned only about 5% is our own channels such as social media and website platforms. That’s ridiculously low,” she observes. “We need to get our owned media channels to perform a lot better. Social media is an example: we have only about 100 000 followers, yet we have 7-million customers. We can do better. We are not interesting enough. So, we are doing two things: beefing up the social media team and ensuring that we have the capability to quickly generate our own content internally.”

Although she’s enjoyed a varied marketing career, Nobanda’s original professional aspirations were somewhat different. Born in exile in Swaziland to a father who was a member of Umkhonto weSizwe (MK) and a school teacher mother, she originally wanted to be an astronaut as it “looked really cool”.

Later she harboured aspirations to be lawyer and only stumbled upon marketing while in her second year at university. “I was already studying information systems, and someone suggested that marketing would suit me. I soon realised that it was what I wanted to do,” she recalls.

What’s the appeal of marketing for her? “I love the balance between logic and creativity. I love data, numbers, thinking about where the opportunity lies and planning for market growth and how to increase market share. But I also love that a lot of things we do in order to grow market share are very creative. I find it special that I’ve got a job that plays into both of those spaces.”

Nobanda kicked off her career with Brandhouse Beverages, marketing Smirnoff RTD (ready-to-drink) products, then moved to Unilever to market tea. She subsequently relocated to Dubai to become the Category Director for skin products, with responsibility for Africa, the Middle East and Turkey.

It was here that she enjoyed her greatest career highlight to date. “We launched the Ponds brand in the Middle East and the company really committed. Overnight we built the shelves and made the product available in stores. The billboards went up overnight too. We worked really hard and grew market share from zero to 10% in one year. I am very proud of that,” she recalls.

Nobanda then moved to SAB to become Executive Assistant to Marketing Director, Ian Penhale, and then General Manager for the Hansa brand. It was during this period that she also studied part-time to complete her MBA at GIBS. “I love studying and I thought it was useful from a long-term perspective to have a broader qualification,” she explains.

It was also time to move out of the FMCG environment. “I’m an FMCG marketer at heart, but the opportunity for real innovation is limited – you might revolutionise margarine once every 100 years,” Nobanda observes. She fancied the challenges being posed in the telecoms and banking sectors, both of which are experiencing significant disruption.

A move to Vodacom followed, where she was Executive Head of Post Paid for nearly three years before taking the plunge into banking.

How does she view the future for big corporates in South Africa? She believes it’s important to contribute to society and points to Nedbank’s ongoing support of efforts to protect the nation’s water resources (almost R50-million donated to date), as an example. “We can’t be successful in an unsuccessful country. If South Africa succeeds as a country, the bank will grow. So we have to get involved. Organisations don’t exist in a vacuum. They exist in societies where there are challenges to be solved.”

While digital is enabling the disruptors of the banking status quo, it is simultaneously creating new ways for the likes of Nedbank to engage with consumers.

A career with variety

Why is marketing a great career to pursue? Nobanda believes the enormous variation is what makes it exciting.

“When I was a 23-year-old brand manager for Smirnoff Vodka, I used to say to people: ‘I don’t know why they pay me to do this job; I’m having so much fun’. For me it’s amazing that you can create something that influences people and how they think.”

She also loves the big challenges. For example, management may want to grow usage of the product. Then it’s up to the marketing team to strategise as to how to achieve it.

“The week after that, you could be in Durban attending the Loeries. With that sort of variety, why wouldn’t you love marketing?”

Nobanda’s advice to young marketers is to ensure they appreciate how marketing fits into the overall context of the business.

“Never think of marketing as just pretty pictures,” she urges. “The minute you do that you will never consider the big-picture things like ROI. From the outset, make sure you are thinking about how you can have an impact on the business.

“Certainly, it is a skill to create great advertising briefs and to get agencies to do great work. But if you believe that’s all there is to marketing, you’re not going to reach the heights.”

There are two key challenges that modern-day senior marketers face, says Nobanda. The first is to have a good in-depth grasp of digital marketing. The second is to ensure they have strategic influence within the organisation.

When it comes to having strategic influence, she believes you shouldn’t simply be the person who gets asked to do an advertisement when a product has been developed.  “You must influence the product. You should be able to ask questions such as: ‘what is it that our clients actually need?’ ‘What are we trying to achieve with this product? ‘Does it make sense, based on our brand essence?’ As a senior marketer, you should be able to have broad influence within the business.”