From the table to the market: Strategies used by food entrepreneurs to get noticed 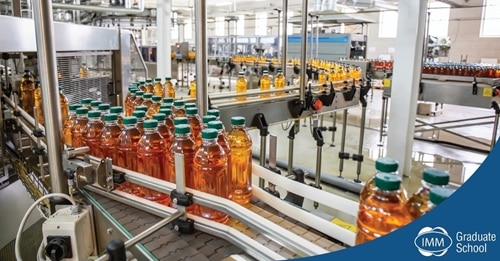 Worth a whopping $82 million in 2019, South Africa’s food and beverage industry is expected to show an annual growth rate (CAGR 2019-2023) of 10.5%, claims Statista. While these figures may seem unattainable to our local, independent enterprises, becoming a household brand is proving less formidable thanks to digital marketing, writes Lucinda Jordaan.

The kitchen, they say, is the heart of the home. The designated space for preparing and sharing meals is also where the most innovative and inspiring creations are concocted – like Edward Molatela Kgarose’s sweet potato yoghurt. This innovative treat was dreamed up in the 29-year-old’s mother’s kitchen as she was cooking the nutritious root vegetable – and he was enjoying his favourite yoghurt.

“I asked myself: what if it is possible for me to produce a yoghurt with this sweet potato?” Kgarose recalls.

He set about experimenting with tastes and textures until he came up with a winning flavour. Following advice, he consulted with the Limpopo Agro-Food Testing Station at the University of Limpopo to ascertain whether the product was safe for human consumption. “I took my product and it failed four times at the laboratory,” notes the tenacious Kgarose, whose innovative offering – which he first sold at taxi ranks –  is now approved, available at two retail stores in Polokwane, and gaining traction in the market.

Food regulations aside, rigorous experimentation is the backbone of any successful commercial food journey. Former investment fund manager Ken Kinsey-Quick can attest to this: it took years – and about 60 attempts – before he could find the chilli oil that matched his palate.

“I’m a chilli wuss – I don’t like it too strong – but I’ve loved chilli oil since I first tried it in Paris in the 90s, where it was always served with pizza, something you didn’t get anywhere else in the world,” he says. The oil itself proved as elusive. “You could only find it in specialist shops and even then, it was just chillies in a bottle” – which, he adds, renders the flavour unstable and can cause the oil to go rancid.

About two years ago, Kinsey-Quick finally found a chilli oil he liked, in a pizza restaurant up in the Alps. “It came in sachets and I stole a whole lot and brought them back.” His brother-in-law, Adi Meintjies, a dedicated foodie, noticed him agonising about his pilfered stock running out – and offered to make it for him.

“He started experimenting in the kitchen and 60 variations later, came up with the right formula,” Kinsey-Quick relates.

This September, the financier will be retiring from his day job to focus solely on a business that has grown exponentially: Banhoek Chilli Oil now has a national footprint, is available in over 200 stores in South Africa, and is delivered anywhere in the United Kingdom via Amazon. The company is also looking to extend its product range by launching a tonic water later this year.

The adage goes that – regardless of the state of the economy – if you’re in the food and beverage industry and not making a profit, you’re doing something wrong.

While the country’s scale and reach – and comparably limited marketing and advertising budgets – mean South African food brands are unlikely to dominate the global market, that does not mean they don’t have the cojones to compete with them on the local stage. The journey from home kitchen to formal market may follow a tried and tested recipe, that does not guarantee instant success, but social media has significantly reduced the barriers to entry.

“It’s much easier today – you can just take a photograph with your smartphone and post it on Facebook, Instagram or Twitter – then you are in the market,” notes Anat Apter, Founder of Anat Foods, a household name in pitas, breads and Middle Eastern fare that famously started out with a falafel stall at Joburg’s Bruma Lake market in the early 1990s.

“When I started, I didn’t have a vision – I had an emergency; I needed the money and had to pull up my sleeves and do something. I never wanted to be in the food business. I started with falafel because that is what I knew best, and I had only two weeks to prepare and present the product, and make it excellent,” she maintains.

“If you start a business, you have to be serious, honest, dedicated and committed – especially with food, as it’s very emotional: when you eat, you want to know your food is good, healthy and fresh. I’m a strong believer in clean cooking.”

Innovation, reckons Kgarose, is what sets entrepreneurs apart from their competitors in building a brand. “Social media makes marketing easy for us small producers, but innovation is one of the keys to being recognised in the industry,” he stresses.

An official launch one year after starting out, and a minimal investment in social media, proved the boost Banhoek needed to grow awareness of their product, says Kinsey-Quick. “We’ve just started using social media, and we’re still learning as we go along. It’s not rocket science, just getting brand awareness out there. We spent about R5 000 boosting posts on social media – split evenly between Instagram and Facebook – by putting out a post every week and engaging with respondents.”

It led to calls for stock from as far afield as Clocalan in the Free State – and the company to explore e-commerce. Banhoek Chilli Oil is now available online and delivered countrywide.

They also gained a new niche supplier: butcheries. “Oddly, they are very keen on the product and sell it very well – we didn’t think about it at the beginning. Now, 90% of our clients are butcheries and delis.” Poetry stores came next, giving Banhoek a national footprint – and the rest is history.

Social media may have boosted brand awareness, but the journey to the formal market is still a complicated process that requires footwork.

“Local brands struggle for space in the formal market because most retail stores won’t allow small producers to supply them due to low production capacity. It’s very difficult because you are introducing a new product that is not known,” says Kgarose, who does in-store promotions to grow the brand.

“Obviously, the first thing was to get the right product, and packaging was the next thing. But you can have best product – if you don’t get the marketing and advertising right, it won’t sell,” avers Kinsey-Quick. So, what would he do with an unlimited advertising budget? “I wouldn’t do things differently – though I would definitely increase our social media boosts to reach more people – and possibly consider putting some ads in print. I’d love to do a cookbook though: hire five top chefs to come up with five recipes – and use that on social media – but to do that properly would be quite expensive.”