To sell luxury, should it still be called luxury? 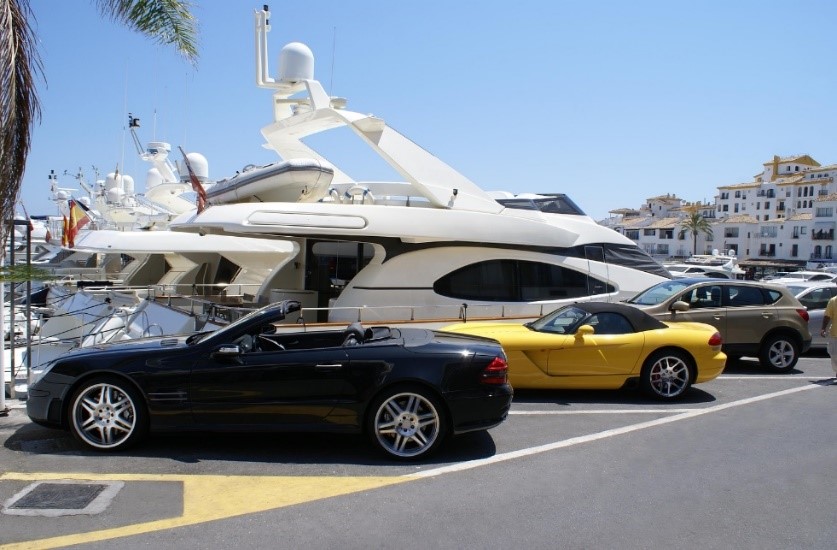 It is no coincidence that one of the favoured gathering spots of France’s “gilets jaunes” protesters is the Champs-Élysées – after all, it’s where the icons of globalised luxury are on display, and with them, the ever-widening gap between the haves and have-nots in our society, write Jean-Noel Kapferer and Anne Michaut.

Today, luxury is both a market and a major social phenomenon. As such, the players within it need to be aware that the meaning of the word luxury has escaped their grasp and begun to take on a negative social connotation, raising questions over its very use. A survey of the websites of major brands and groups indicates that many no longer use the term luxury, preferring instead to highlight luxury’s fundamentals. For the major players in a sector to ensure its long-term viability, they need to ensure its social acceptability. Yet at this moment, powerful movements, campaigns and signals are emerging all over the world that highlight social and economic inequality. While luxury brands and goods are not the cause, they are the visible manifestation of a gap.

In China itself, set to become the leading luxury market, President Xi Jinping placed high-end brands and their customers under observation two years ago. His stated concern was preserving social harmony, which is an important concept in Chinese culture. In general, the emerging worldwide demand for more sustainable development is not limited just to environmental aspects but encompasses this necessary social harmony that luxury goods can upset.

In this context, not only does the word luxury no longer serve commercial interests because of the lack of differentiation between brands, but also the concepts signified by this word are becoming less socially acceptable. Might the only way to continue creating luxury goods and experiences be to no longer call them by that name?

While luxury is experiencing worldwide success, with 2018 revenue estimated at $1,170 billion, it is also facing an existential crisis: the term luxury is now compromised by the large number of brands and companies around the world who want to position themselves in customers’ minds under its umbrella, without really being it. In other words, the term has become clichéd and the concept diluted by brands that are merely expensive, without offering true quality or unique savoir-faire. To differentiate themselves and capture the fleeting spirit of the times, these brands have fragmented the concept of luxury, resulting in the fanciful terms such as “accessible” luxury, “modern” luxury, “jet set” luxury and “casual” luxury.

Ironically, the success of luxury has drawn in its wake all kinds of players who are bewitched by the sector’s growth and margins, but with no intention of meeting its prerequisites. It is also true that the high EBITDA multiples (earnings before interest, tax, depreciation and amortisation) used to determine the financial valuation of brands in the luxury sector are an additional incentive to them.

Has the word luxury become undesirable?

Even worse, the concepts that are signified when referenced by the word luxury are no longer the stuff of dreams. In this age of social media and selfies, it is not surprising to observe that the visible or even flashy face of luxury has been privileged by customers with limited interest in the brands’ original values and high quality than they are in the social status projected by conspicuous consumption.

But they should not be criticised for this. Such customers are young, ambitious and keen to take their place at the global banquet table, and also ensure the growth and profitability of the luxury sector. Thanks to their purchasing power and desire to gain respectability and status, these newcomers have produced and will ensure the steady growth of the sector and its brands.

Corruption has also dented the image of luxury through association with the suspicious enrichment of customers who are proud of their success and make money from their power. That is why in China the term that has been used up to now to denote luxury, she shi, is being dropped by the brands and their customers themselves, in favour of a return to the meaning of exceptional goods.

Back to the essentials

It is no surprise that, in this context, the real luxury players are distancing themselves from the term, which has taken on meanings that are far from its essential values. The dilemma is to stand out in a sector that is constantly attracting new competitors that dilute the concept as they enter the market. The solution is to re-establish and update the essential signifiers and differentiators of luxury: masterly expertise and a rich heritage, firmly rooting in modernity.

But it is not because the term luxury is no longer acceptable that flaunting one’s social difference has become totally passé. Luxury is a dual source of value: for oneself and for those around us. Therein lies the dilemma: luxury continues to act as a mood enhancer in today’s society, and its shameless flaunting is well and truly present. At the same time, snobbery must become more subtle.