What’s next in Africa starts now 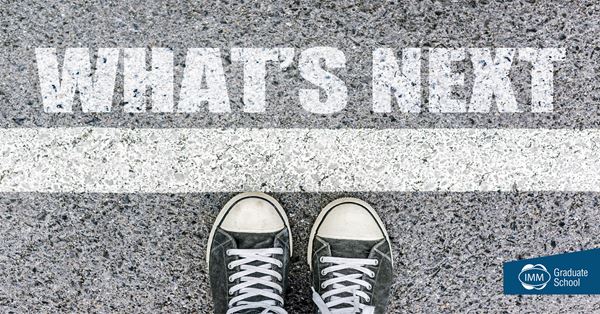 In recent years many companies have struggled with the accelerating pace of change within Africa’s dynamic landscapes and have been unable to adequately anticipate and evolve to capture the inherent growth opportunities on the continent, writes Ailsa Wingfield. Companies have been blindsided by challenges, competition and other factors that warranted reassessment within thier own businesses, pointing to a growing need to incorporate future-focused insights and planning.

In the past change was more linear, the world was less connected, and companies could prosper by  understanding their consumer, their industry and their market. More recently, however, change comes from a multitute of different factors, often from outside our industry – such as technology, legislation, resources, and innovation. Today we are more connected to change and more vulnerable to elements from areas that we may not have previously considered influential to our business.

African societies also often “leapfrog” the stages of development seen in other advancing markets, therefore providing little basis for comparison and learning. Yet we must understand the overall environment and consider a variety of different outcomes that businesses might encounter, and then work to find the growth opportunities.

The challenge of change

Africa’s change and advancement are occurring at an uneven pace across the continent. In some areas, the change is even more rapid than outside of Africa or in other developing markets. Moreover, it is broadly acknowledged by leaders in government, industry and corporates that we need to fast-track advancement in some areas for the overall wellbeing of consumers, corporates and countries.

This has positive implications for consumers and business, and reaffirms the need not to wait until the major drivers of change have played out or reached certain levels, but to reconsider business’s roles in the short, medium and longer term, and be part of shaping this development.

Some of the big drivers of change that will influence Sub Saharan Africa over the next 5-10 years include the following:

Nowhere else have we seen the population explosion of Africa over the past 50 years, due to high birth rates, lowering mortality rates and extended life expectancy. Notably, the population of Sub Saharan Africa (SSA) will expand to 15% (1.2-billion) of the global population by 2025 – nearly one in every six people in the world will be in SSA. This is similar to the increase forecast for Asia, but with an SSA growth rate of 28%, versus that of Asia at 7%. 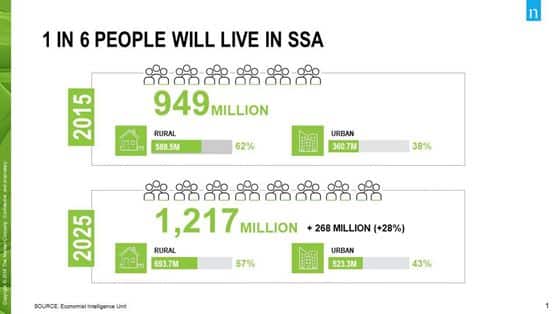 The rate of growth will vary from country to country. Nigeria and Ethiopia will account for 30% of the increase (80-million more people), while more mature countries like South Africa will see their growth slow. Bigger populations mean a larger workforce and more consumers, and many multinationals faced with declining growth in developed markets will increasingly look to SSA for growth.

Urbanisation will be rapid, with 2.5 times higher growth than rural areas, as consumers migrate for employment, access to infrastructure/amenities, trade, education, health, connectivity and other social reasons. Cities with more than 1 million inhabitants will increase from 37% to 43% (225-million people, +90 million). This will add strain to aging or lagging infrastructure and services, but will open doors to retailers and brands in more densely populated areas.

Conversely, 42% of urbanites will live in ‘smaller’ urban areas (<300,000 inhabitants). These offer equally substantial opportunities, but often with greater complexity in terms of reach, income ability and product requirements.

Understanding environmental and consumer diversity across urban areas will be necessary to generate the differentiated and meaningful offerings necessary to tap into the varied needs of consumers.

With the massive influx into urban areas and the vast expanse of SSA, companies need to be prepared to deliver to consumers in different ways.

This may mean making tough choices on where and how to focus and prioritise. Additional factors will need to be incorporated into planning, to fully assess the ability to unlock potential.

Narrowing this down further, there are 46 cities spread across 12 countries with more than 1-million inhabitants. Twenty-eight of these cities will each add another half a million people by 2025. Over half of these cities are concentrated in just two countries (17 in Nigeria, 7 in DRC), but country homogeneity does not naturally mean that these 24 cities are the most straightforward or viable for growth. Corporates must assess the attraction of individual cities relative to how they can action these prospects via their operational structures and product portfolios, to meet consumers’ needs. The implications for urban society and industry are immense. Beyond the constraints of congestion and infrastructure – where we will continue to see advancement in spatial planning, roads, construction, amenities, jobs, technology and formalised retailing – some of the most influential change will be the shift in economic density. From this will come an ‘opening’ of trade beyond country borders, accompanied by the easing of trade restrictions to bolster collaboration. This will manifest in improved living conditions and shifting consumption choices. For industry, this provides massive, scalable potential, with the right products – those which are localised, agile and in-tune with consumers.

Many developed markets worldwide face diminishing workforces and slowing growth due to aging populations, resulting in a significant change in the products and retailing experiences required. Conversely, Africa will continue to have the youngest population globally (47% younger than 20 years old), with evolving consumer needs near the opposite end of the spectrum. Innovation cues from developing markets will be less relevant for Africa’s youth. The Africa youth conundrum is complex: whilst this group is largely economically inactive at present, companies need to engage and invest in them today to unlock future consumption. Technology to facilitate experiences and encounters in this demographic will be crucial. The good news is that digital usage is as evolved (sometimes more so) than other developed markets; penetration and utility are rapidly following. Stemming from the broader external exposure now facilitated by technology, there will be a shift from traditional to more contemporary and aspirational influences, and therefore demand for products. Traditional invention processes, brand building, retailing and engagement are likely to be disrupted, and will need to be repurposed with more inclusive and interactive development, encompassing Africa’s heritage and preferences.

Investments in infrastructure are among the most significant any society can make, as these substantially propel and sustain a country’s economic growth. In SSA, these are essential, and a major driver of industrial advancement.

Adequate transport infrastructure will facilitate economic integration and support agricultural value chain development. Industries will be able to distribute to underserved areas and achieve economies of scale while reducing time, distance and cost. Investment in roads, simplification of border controls and reductions in duties will result in an estimated 52% boost in trade in the next 5 years (UNECA).

New transport veins will pave the way for access and efficiency in reaching additional consumers, transport optimisation and the provision of extended product portfolios and services to meet consumer needs across the spectrum.

Currently only 37% of SSA has access to electricity, with 600-million people without access – rural areas have the biggest gap at 18%. Urban electrification is higher at 69%, with many organisations working towards achieving 80% residential electrification by 2030, and 90% business/industry electrification.

Achieving a brighter future is difficult as it requires high levels of funding, and innovative combinations of renewable or off the grid solutions. One of the most significant societal implications of affordable electricity is the upliftment from poverty which is crucial for growth, prosperity and quality of life.

Many argue that the spread of the internet and mobile phones has been the biggest driver of consumer change, yet only about 50% of the global population has access to the internet. In Africa this is considerably lower. Here, technological change is largely linked to mobile penetration. SSA is the fastest growing region for mobile subscriptions, at 50% higher than the global average, and the continent’s uptake of services such as mobile money are a global exception and an example of best practice.

Smartphone connections in the last two years have doubled to 200 million, due to increasing affordability, network coverage and a growing market for second hand devices, as well as the uptake of broadband driving demand for digital content. Data traffic is forecast to grow twelvefold over the next five years. SSA will transition to higher levels of engagement in the coming years, underpinned by access to tech infrastructure, devices, data services and the youth population.

Mobile is a vital tool in delivering financial inclusion, previously accessible only to the limited few with a bank account. Great progress has been made in expanding financial inclusion in SSA, and will continue to drive change by giving access to more complex financial products and services. Investors and enterprises will also be able to leverage the large area coverage of mobile networks to deliver scalable and commercially viable services.

Lastly, there are two unfolding scenarios that will have inward and outward transference effects:

These are some of the major change drivers, signals and opportunities in Africa. Forward-focused companies must seek options to capitalise on these signals, and act now to benefit from consumer and retail opportunities. We need to be part of the foundation, architecture and construction today, to reap the benefits of tomorrow.